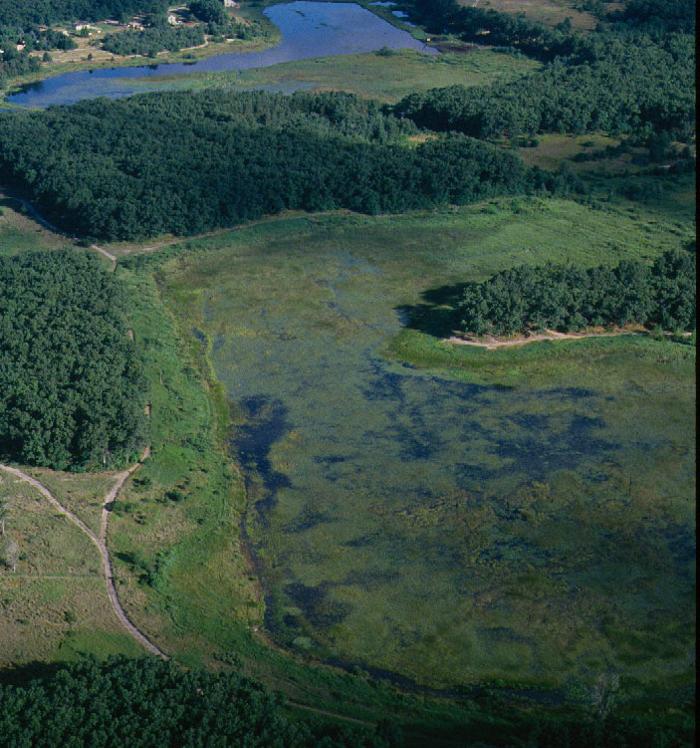 Birding
This is a good location for birding enthusiasts

The Five Lakes Muskegon Nature Sanctuary includes an extraordinary number of rare wildflowers, sedges, rushes and grasses. The sanctuary got its name from the small bodies of water in the area also known as Carr Lake. According to the original federal survey in 1836, the entire area was shown as one large body of water. As years went by, it shrank into smaller ponds — the “Five Lakes.”

The sanctuary consists of three natural communities: oak-pine barrens, coastal plain marsh and dry sand prairie. All three of these natural communities are considered imperiled in the state of Michigan and vulnerable to loss due to the low number of occurrences and risk of degradation. The sanctuary protects a sizeable coastal plain marsh, which contains disjunct populations of plants typical of marshes along the Atlantic coast. Eleven plant species and four animal species listed as endangered in the state of Michigan have been documented at the sanctuary since 2010, and more rare species may be found with future surveys.

An impressive array of herptiles, particularly turtles and frogs exists here depending on the wetlands for water, with turtles using the surrounding sandy soils for egg laying sites.

A variety of bird species use the sanctuary throughout the year. The state-threatened common loon, special-concern classified American bittern, and many species of conservation priority species including the pied-billed grebe, great blue heron, red-headed woodpecker, and field sparrow are annual visitors.

How to Get There:
Take US 31 to the Laketon exit, go east a half mile to Evanston Ave. Turn right and go 3.9 miles to the Eagle Alloy parking lot. The trail begins on the north end of the parking lot. Please call 866-223-2231 for more information.