The Michigan Nature Association's recently acquired gem, Dolan Nature Sanctuary, may prove a prime destination for spring wildflower viewing. Donated by Schrems West Michigan Trout Unlimited in October of 2016, the 127-acre sanctuary located in Bowne Township of southeastern Kent County is home to the beautiful Virginia Bluebell, whose characteristic clusters of drooping indigo blossoms can be enjoyed in early spring via well-placed trails. The property was originally owned by a Michigan-native physician, Dr. James Maher, who intended it to be preserved in its natural state. Thus, it has traditionally been managed as a nature preserve, and today houses a number of other notable species, such as the Blanding's turtle and eastern screech owl.

Tyler Creek and Coldwater River pass through Dolan, which are highly abundant with brown and rainbow trout. Meandering through the sanctuary, they provide an abundance of riparian habitat to enrich their cool, spring-fed waters. It is likely this association which led Maher to transfer his property to Trout Unlimited in the 1980s. Prior to his death in 1989, he asked that it be named Dolan Natural Area after his mother's family. TU has since managed the property per Maher's wishes, preserving its natural integrity by maintaining trails for visitors and initiating the restoration of old agricultural fields into oak barrens and savannah by clearing trees and reseeding native grasses, flowers, and forbs to support a greater diversity of wildlife. 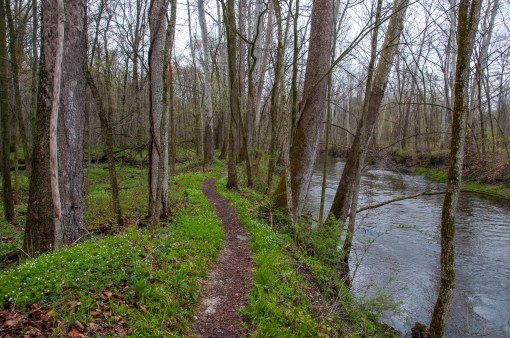 Along with his donation to Trout Unlimited Dr. Maher also donated a 2-acre easement to MNA, previously known as Coldwater Plant Preserve. TU's donation of the full 127-acre property means that the Michigan Nature Association can now carry the torch, so to speak, and hopes to continue restoration once adequate funding has been preserved. Dolan Nature Santuary is a Class A sanctuary, meaning it is accessible to the public during daylight hours. Anglers, birdwatchers, nature enthusiasts, hikers, and cross-country skiers alike can enjoy the sanctuary's recreational offerings throughout much of the year. Visitors should mark their calendars in preparation for the Virginia Bluebells debut in May. This vibrant, moist soil-loving species is an uncommon find beyond Kent and Ottawa counties and is typically in bloom for just a few weeks. 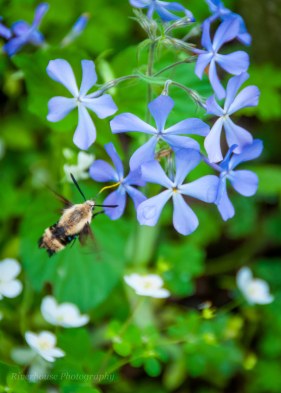