As Michigan's only true terrestrial turtle, the Eastern box turtle might often be mistaken for a small tortoise. It is one of four box turtles native to the United States. Though an uncommon find, it ranges throughout Michigan's lower peninsula. It spends its life in small patches of open woodlands, sometimes bordering open fields or wetland. Throughout its life, the Eastern box turtle remains small- to mid-size, growing between 4-8 inches in length. It can be extremely long-lived - occasionally over a century.

Their unique hinged shell allows them to retract their head, tail, legs and arms for full protection. Males and females can be most readily distinguished by the color of their eyes. While males often have red eyes, females have yellow to match the vivid markings on their dark carapaces and bodies. They reach sexual maturity at about 10 years of age. Mature females lay between 3-8 eggs per clutch, and breed at most once per year. During winter, they burrow into mud or bury themselves beneath leaf litter for warmth and camouflage.

Like most turtle species, the Eastern box is an opportunistic omnivore. This means it will eat just about anything food-like that it comes across, including insects, worms, grasses, fruit, mushrooms, flowers, and even carrion and garbage.

Because this species is long-lived and slow to breed, populations can be difficult to exact. However, the species has gained status as Special Concern in the state of Michigan. Habitat loss and fragmentation are primary concerns to populations, as urban and agricultural development extend further into their range and roads cut through much of what is left. If you come across a turtle you suspect to be an Eastern box turtle, admire it from a comfortable distance. If the turtle is found on or near a road, escort it back to safety first!

MNA’s upcoming Turtle Trot Family Fun Run & 5K will promote efforts to preserve habitat for turtles throughout Michigan, among them the Eastern box turtle. Every runner receives a t-shirt and a medal for their contribution to the preservation of this unique Michigan native. Join us on Sunday, September 24 for a fun run / scenic walk along the Huron River in Ann Arbor! To learn more visit https://runsignup.com/Race/MI/AnnArbor/5KTurtleTrot.

Also join us for a Pizza Pre-Party at Blaze Pizza! On Friday, September 22 from 3-7pm you can present this flyer when you order your fast fire'd creation and Blaze will donate a portion of their proceeds to MNA and protecting Michigan's natural heritage!
Blaze Pizza is located at 3500 Washtenaw Ave, Suite D, Ann Arbor. 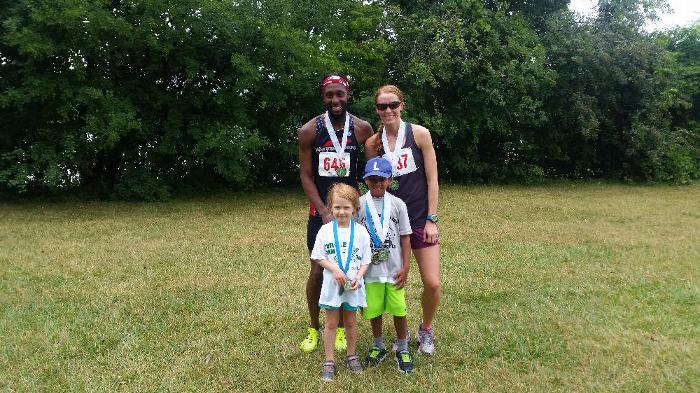